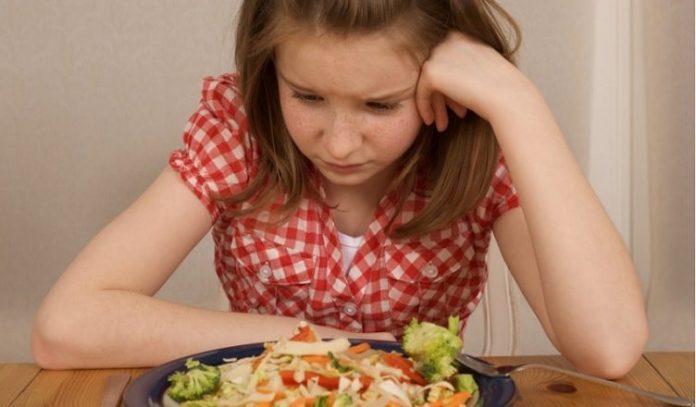 For decades, the topic of eating disorders conjured an immediate stereotype – female, beautiful, a high achiever, affluent, often the first-born, and above all, young. She might be the high school prom queen, or the college cheerleader, but hardly ever was she a middle-aged mother of three. Indeed, the very idea that a woman in midlife could suffer from anorexia or bulimia was nearly unimaginable.

In years past, experts believed eating disorders rarely, if ever, occurred after the age of 35; we now know anorexia occurs across the lifespan, in girls and women, boys and men. In fact, behavioral and mental health professionals report that in the past decade, they are treating an increasing number of women in their 30s, 40s and 50s who are starving themselves. Additionally, these women are abusing laxatives, exercising to dangerous extremes and self-harming – behaviors that frequently co-occur.

Unexpected transitions, especially in relationships, are thought to trigger the onset, re-appearance or escalation of a midlife eating disorder. These catalysts can include:

The act of children leaving home to go to college or simply gain independence is often very hard on a woman. This is particularly true if she is primarily defined by being a mother and caretaker. When children leave home, she may feel her value and identity have vanished. In the absence of other life pursuits, she may focus her attention on her appearance, diets, health, and exercise to fill that void and create a new self.

Most adults will experience the death of at least one parent. Yet, knowing this and actually living through it are two different things. Sometimes a woman is simply not prepared for such an eventuality and is unable to cope. The physical debilitation of an eating disorder may allow a woman to remain dependent on others and/or maintain some sense of control when she feels powerless over other things.

Abnormal Reaction to the Normal Process of Aging

The American culture is obsessed with youth. Is it any wonder millions of American women flock to plastic surgeons everyday for, at the least, Botox injections and fillers, or at the extreme, a complete facelift? A woman’s rush to a surgeon’s office is only hastened if her identity and self-esteem are wrapped up in her appearance. Remaining thin is part of this need for perfection. She could easily embark on anorexic behaviors, which could feasibly lead her down the path to a life-threatening disorder.

Even if a break up is amicable and by choice, divorce or separation from a spouse is a difficult transition time for a woman. She may struggle with issues of dependency or fears of being alone. Her self-esteem may grow fragile, especially when she considers being alone or having to return to the world of dating where men her age are attracted to younger women. She may become inordinately focused on her appearance, and in turn, may rely on extreme measures to lose weight. Such dieting could easily get out of control and result in real addiction, providing a sense of purpose, power and control. Similarly, a new marriage is a time of tremendous change, especially if it necessitates blending two families. In this entirely new family system, a woman’s stress could lead to a disorder with food. She also might control her food intake in order to look “good” for her wedding or for her new husband.

In today’s economy, layoffs are more common than not. Losing a job in your 40s can be devastating. An unemployed woman has not only lost her role, but she must re-enter the labor force at what she perceives to be a distinct disadvantage. The competition is young, vibrant, and costs less. Although she cannot turn back the clock, she can strive to appear more youthful. Weight loss is often part of this strategy. She may see starving herself or purging as the only recourse. If obtaining a new job proves difficult, she may cling to continued weight loss as the “one thing she is really good at.” This is full-blown anorexia or bulimia waiting to happen.

Diseases such as breast cancer afflict many women in middle age. This can result in a profoundly impaired body image and difficulty accepting an altered shape. She may turn to extraordinary weight loss to reshape her body in a way she thinks is pleasing to the eye, and to regain a sense of control over her body.

Death of a Child

Losing a child is arguably one of the most devastating events that could ever happen to a woman. It could result in such intense despair that a woman may truly want to die. This is where self-starvation is a plea for help, a way to relieve the pain, a way to seemingly regain control, or a form of indirect suicide. A mom might be experiencing so much grief, she has lost her will to live, not to mention eat.

Timberline Knolls Residential Treatment Center has experienced a steady rise in middle-aged residents with eating disorders. Although these women share the same illness as many younger residents, their therapeutic needs are unique. The adult lodges on the Timberline Knolls campus offer programming to their specific needs. Specialized groups facilitate growth and healing and help these older women move toward a life free from the grips of eating disorders, addiction, mood disorders, trauma and co-occurring disorders. For more information, call 877.257.9611 or visit http://www.timberlineknolls.com today.

Cannabis for Treating Alzheimer’s and Dementia

Women and Addiction: A Growing Problem in the U.S.

Keep Your Kids Safe by Paying Attention to Your Home Foundation’s...