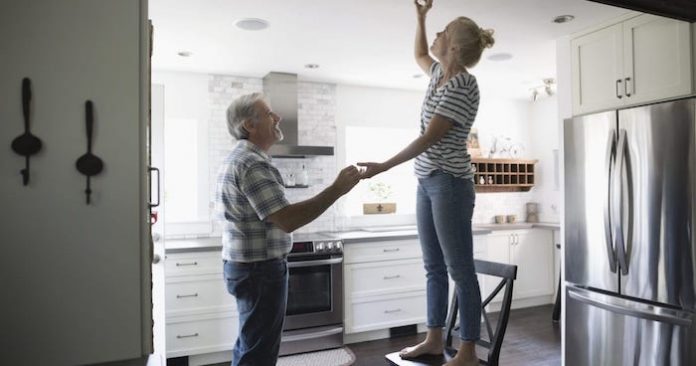 According to 2017 U.S. Census population estimates, there are nearly 50 million Americans who are 65 years of age or older, and by 2060, that number will surpass 98 million. In addition, the Centers for Disease Control and Prevention (CDC) reports that older Americans experience 29 million falls a year, resulting in 7 million injuries – and states that falls are the leading cause of injury and death in older Americans.

The CDC also reports that there are 61 million Americans with a disability that impacts major life activities.

With so many people affected by disability in the U.S., many turn to modifying their homes as a way to maintain independence and comfort. However, the possibilities of making a home more accessible can come with a steep price tag. There are many options to look into for in-home care for your loved ones. For example, Assured Assisted Living offers geriatric care that can offer help with cleaning, cooking, and offer companionship for your elders.

Individuals 65 years of age and older are more likely to have a disability, according to the Bureau’s American Community Survey of disability characteristics. Regarding specific disabilities, the survey reveals that those over the age of 65 are more likely to have vision difficulty, hearing difficulty, and self-care difficulty. In addition, the CDC reports that older Americans experience 29 million falls a year, resulting in 7 million injuries – and states that falls are the leading cause of injury and death in older Americans.

A home’s structural design and overall accessibility can go a long way toward allowing older individuals and those with disabilities to maintain independence, or on the other hand to force them out of their homes. From small alterations like grab bars in the shower to large alterations like ramps and stair lifts, home modifications can allow seniors and adults with disabilities to live comfortably, safely, and often, independently.

Here are some key home modifications that can make a big difference:

Jim Kabel, owner and general manager of Case Design/Remodeling in San Jose, California, recommends adding a chairlift along the staircase if the home has more than one story. Without a chairlift, Kabel says, many people end up living on the main level since it is too painful to go up and down the stairs.
Chairlifts (or stair lifts) can range in price from $2,500 to $5,500 for basic straight chairlifts, whereas stairlifts for curved staircases could cost $10,000. However, you could get a straight DIY chairlift for approximately $1,900 from AmeriGlide, and the company projects a 3-hour installation if you use a competent handyman.

We mentioned above how many seniors are treated for fall injuries every year. But here’s another way to look at it: “Every 11 seconds, an older adult ends up in the emergency room from a fall, and every 19 minutes, someone dies from a fall,” says Dan DiClerico, home expert at HomeAdvisor. “In homes with multiple levels, it’s critical to install two handrails on every stairway for added stability.”

Deck the Halls with Holiday Deals

No one wants to be stuck scrubbing their messy stovetop on a Friday night or Saturday afternoon!

Transform Your Health in 2022 With These Five Sustainable Lifestyle Practices

Deck the Halls with Holiday Deals

15 Best Free Apps For Healthy Eating On A Budget