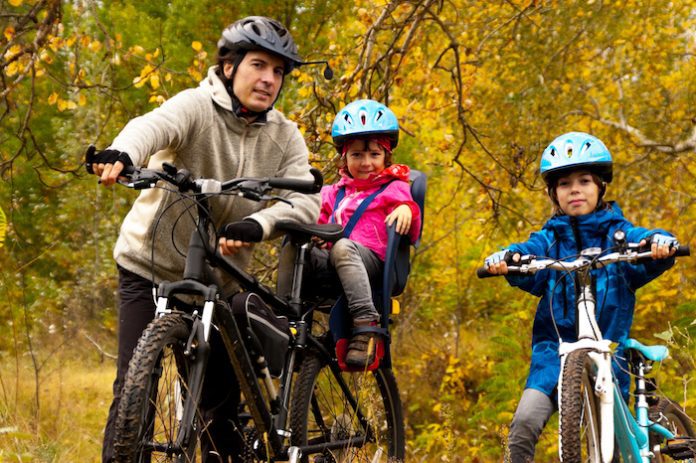 According to the U.S. Census Bureau, around 22 million children have a parent who does not live in the household. That equals 26.5% of all children. Most often, it’s the father who is absent from the home, and may even be absent from the child’s life. People underestimate the impact that not having Dad around has on the well-being of children, and ultimately on society as a whole.

“More than any other project or cause that society needs to work on, we must work with passion and urgency to eliminate the systemic barriers to single-father involvement in the lives of our children,” said Dr. Joel N. Myers, founder of Dads’ Resource Center. “We must make the time to educate our neighbors about the overwhelming evidence – backed up by thousands of years of anecdotal evidence and numerous studies over recent decades that shows children develop much better when both of their parents are actively involved in their lives.”

Dr. Myers is on a mission to help shed light on the fact that there is a serious problem when it comes to child custody. The default of most courts is to simply give primary custody of the child to the mother, leaving the father pushed to the side and receiving very little time with his children. They often go from being a large part of the child’s life to seeing them on a limited basis as the court allows.

Children who do not get much involvement with their father are impacted in numerous ways, including in these 5:

“Mothers and fathers give different but equally important things to their children,” added Jeff Steiner, executive director of the Dads’ Resource Center. “Children need both their parents to be fully engaged as they are growing up to have the best chance of being successful in life. But, far too often the system unnecessarily prevents fathers from being able to do so.”

Dads’ Resource Center issued a report on the impact of dads not being involved in their children’s lives. The report, titled DRC NLSY97 Analysis Executive Summary, warned that children who do not grow up with their father in their household:

Dads’ Resource Center was started by Dr. Myers, a father of eight and the founder and CEO of AccuWeather. The mission is to help combat the issues associated with children growing up without their fathers in the home. At its heart, the center is a child advocacy organization that aims to ensure that each child has the appropriate involvement and contributions from both parents.

Dads’ Resource Center has been established to benefit children of separated or divorced parents by advocating the importance of fathers having adequate opportunities to fulfill their role of fatherhood. The group helps get information regarding the issues out to the public and works with fathers to help make improvements. To get more information, visit the site at: https://dadsrc.org.

The Dads’ Resource Center is committed to providing education, resources and advocacy for dads who are separated or divorced and are determined to uphold their sacred responsibility as fathers. The Dads’ Resource Center was founded by Dr. Joel N. Myers, who is the founder and CEO of AccuWeather. His own experience as a single father led him to start the group. To get more information, visit the site at: https://dadsrc.org.

How Urinary Symptoms May Lead Men to Avoid Activities